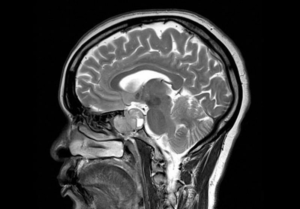 Over the years, I’ve been told over and over again that we only use 10% of our brains – and how wonderful it would be if we could learn to use the other 90%. Sometimes the numbers vary – down to 7%, as much as 20% – but there was always the idea that we could multiply our mind power 5 to 10 times. Imagine how powerful we’d be then.

The claim is often prefaced by “Medical science says…” or “Science has discovered…” but they never tell you where they say it. That’s because medical science doesn‘t say it.

There’s compelling evidence that we use all of our brains. Almost any injury to brain tissue brings some loss of function. We don’t have cases where someone sustains a brain injury, but fortunately it was to that 90% he wasn’t using, so he’s OK.

Until the last decades of the 20th Century, we had no way to know how much of our brains was being used. Only with PET scans and fMRI’s were we able to start exploring this area. Science has discovered that we use all of our brains. There isn’t any 90% for us to tap into.

Developing the mind is fine, but you’ll have to use the same 100% of your brain you’ve always been using. You’ll just have to use it more effectively.

This entry was posted in Uncategorized. Bookmark the permalink.
Back to Top ↑