Posted by seeker Posted on December 17, 2016
Posted in Obstacles 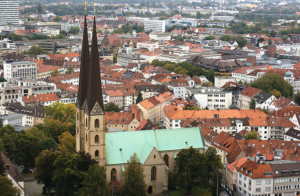 Conspiracy theories strike me as an attempt to hold on to a cherished idea when there is insufficient evidence to support it. Rather than consider that the idea is wrong, a person clings to it and invents reasons to explain the lack of evidence.

There seems to be a fairly well-defined sequences of steps. A person conceives of some notion. He finds that there isn’t enough evidence to support the notion. However, he just knows it’s true; so if there isn’t enough evidence, it is because the evidence has been hidden or destroyed, usually because someone is “afraid” of the truth coming out; or else, greedy factions who want to maintain their profitable arrangement. Or whatever.

So without evidence, there is no basis for considering a claim. So I don’t.