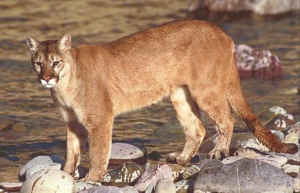 Not Your Usual Chicago Resident

From time to time, authorities in Illinois would receive a call from someone claiming to have seen a cougar. These calls were usually ignored. There were no cougars in Illinois – there were no credible reports of cougars here. That being the case, the caller didn’t really see a cougar. He must be mistaken or lying. Either way, there was no reason to take his call seriously. This state of affairs persisted for decades, right up to the time when a full-grown cougar had to be shot by Chicago police in a densely-populated neighborhood of the City. Suddenly, the possibility of cougars in Illinois became more plausible.

The incident illustrates a phenomenon called confirmation bias. The way in which we handle evidence often supports what we already accept as true. We readily accept evidence that agrees with our beliefs; we discount what disagrees. When faced with a dead cougar we may be forced to admit our mistake. Lacking such an obvious clue, we may persist in our error.

The same reasoning is applied to subjects such as UFO’s, Bigfoot, ghosts, and so on. Sightings are discounted as being in error, based largely on the fact that there are few credible reports on record. The new evidence doesn’t agree with what has already been accepted, so it is rejected and forgotten.

I’m not claiming that UFO sightings must be real because a cougar sighting turned out to be real. I’m just saying that automatically rejecting evidence that disagrees with what we believe is likely to keep us in ignorance.