The Fermi paradox is the observation that, although there are billions upon billions of stars, we have not discovered any evidence of intelligent life. The question is, “Why not?” 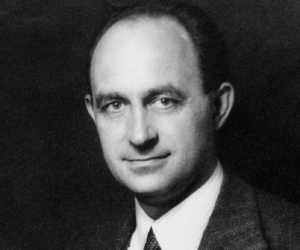 There is no evidence that suggests that humanity occupies a special place in the Universe. We’re on an unremarkable planet, orbiting a typical star, in a galaxy that is one among many billions of other galaxies.

With so many stars, it seems unlikely that we’re the only intelligent life in the Universe. The sheer numbers of stars would seem to guarantee other intelligent civilizations. And yet, we don’t see them.

There can be many explanations. The most obvious – and discouraging – explanation is that we don’t see them because they’re not there. We’re the only intelligent life in the Universe. We’re all alone.

We may be the first civilization to develop technology for communications. There are no intelligent civilizations who have the technology to hear us. Being first goes against the idea of our not being special; but someone had to be first.

It may be our technology that is inadequate. Possibly there is some other means to communicate that we haven’t yet discovered.

The sheer immensity of the Universe, of even the Milky Way, may mean that messages from other civilizations haven’t had time to reach us yet. The closest star to the Sun, Proxima Centauri, is four light years away. Any message would take four years to reach us. There aren’t many stars in our neighborhood that are closer than hundreds of light years.

All of these possibilities assume that an advanced civilization will want to continue to expand outward, to explore and exploit resources. The idea is not unreasonable. It may nevertheless be wrong.

It may be that at some stage in its development, an intelligent civilization may decide to stop its outward expansion. Possibly the limitations of travel or communications over interstellar distances convinces them that it is not a feasible effort.

Possibly advanced civilizations simply turn inwards, keeping their population at a sustainable level, living within the resources of their planet or solar system, pursuing philosophical or metaphysical goals.

This entry was posted in Science. Bookmark the permalink.
Back to Top ↑